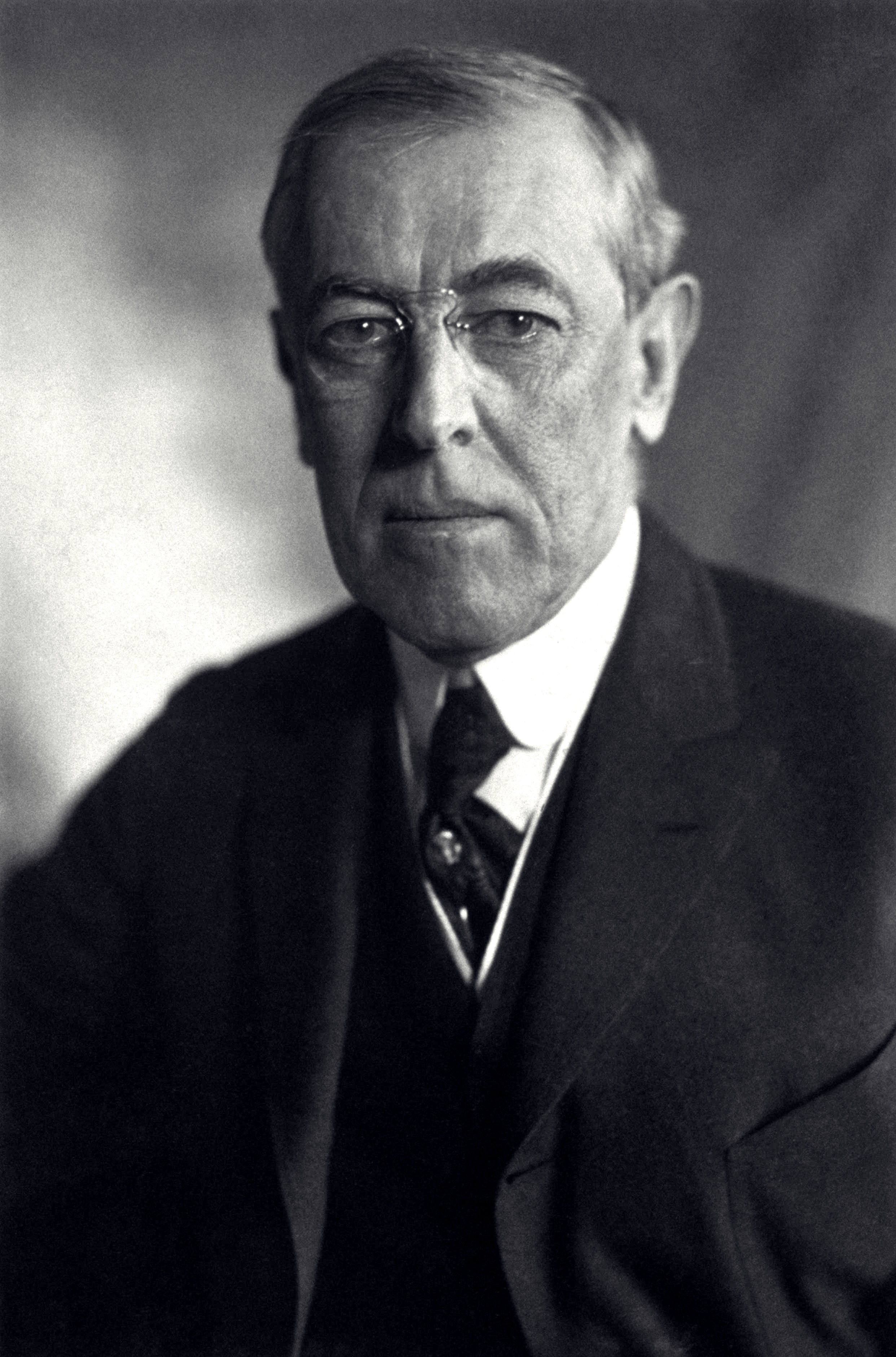 Thomas Woodrow Wilson (December 28, 1856February 3, 1924) was an American politician and academic who served as the 28th president of the United States from 1913 to 1921. A member of the Democratic Party, Wilson served as the president of Princeton University and as the 34th governor of New Jersey before winning the 1912 presidential election. As president, he oversaw the passage of progressive legislative policies unparalleled until the New Deal in 1933. He also led the United States into World War I in 1917, establishing an activist foreign policy known as "Wilsonianism". He was the leading architect of the League of Nations.

Wilson spent his early years in the American South (mainly in Augusta, Georgia) during the Civil War and Reconstruction. After earning a Ph.D. in political science from Johns Hopkins University, Wilson taught at various schools before becoming the president of Princeton University. As governor of New Jersey from 1911 to 1913, Wilson broke with party bosses and won the passage of several progressive reforms. His success in New Jersey gave him a national reputation as a progressive reformer, and he won the presidential nomination at the 1912 Democratic National Convention. Wilson defeated incumbent Republican President William Howard Taft and Progressive Party nominee former president Theodore Roosevelt to win the 1912 presidential election, becoming the first Southerner to be elected president since the American Civil War.

During his first term, Wilson presided over the passage of his progressive New Freedom domestic agenda. His first major priority was the passage of the Revenue Act of 1913, which lowered tariffs and implemented a federal income tax. Later tax acts implemented a federal estate tax and raised the top income tax rate to 77 percent. Wilson also presided over the passage of the Federal Reserve Act, which created a central banking system in the form of the Federal Reserve System. Two major laws, the Federal Trade Commission Act and the Clayton Antitrust Act, were passed to regulate and break up large business interests known as trusts. To the disappointment of his African-American supporters, Wilson allowed some of his Cabinet members to segregate their departments. Upon the outbreak of World War I in 1914, Wilson maintained a policy of neutrality between the Allied Powers and the Central Powers. He won re-election by a narrow margin in the presidential election of 1916, defeating Republican nominee Charles Evans Hughes.

In early 1917, Wilson asked Congress for a declaration of war against the German Empire after it implemented a policy of unrestricted submarine warfare, and Congress complied. Wilson presided over war-time mobilization but devoted much of his efforts to foreign affairs, developing the ''Fourteen Points'' as a basis for post-war peace. After Germany signed an armistice in November 1918, Wilson and other Allied leaders took part in the Paris Peace Conference, where Wilson advocated for the establishment of a multilateral organization, per his "fourteenth point". The resulting League of Nations was incorporated into the Treaty of Versailles and other treaties with the defeated Central Powers, but Wilson was subsequently unable to convince the Senate to ratify that treaty or allow the United States to join the League. Wilson had an illness during the conference, and some experts believe the Spanish flu was the cause. Wilson suffered a severe stroke in October 1919 and was incapacitated for the remainder of his presidency. He retired from public office in 1921 and died in 1924. Scholars have generally ranked Wilson as one of the better U.S. presidents, although he has received strong criticism for being a supporter of racial segregation and white supremacy. Provided by Wikipedia
1