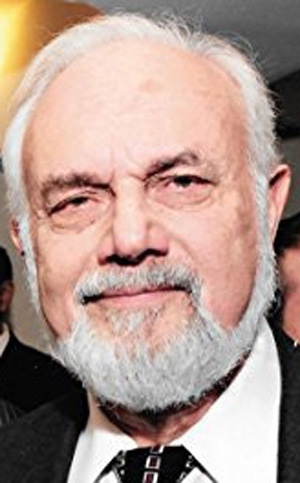 Mordecai Schreiber is an American Reform rabbi and an author of about 60 books.

Schreiber was born in Haifa, Israel in 1939. He saw the State of Israel being born and told about it in his memoir ''Land of Dreams'', as well as in his recent book ''Three Founders of Israel: Ben-Gurion, Begin and Stern''. He is working on a new book project on Moses and leadership with an Episcopal and a Muslim scholars.

He has served as a rabbi in the United States and Guatemala. He has assisted the US government as an expert during trials of several former Nazis who settled in the USA. He is the founder of the Agnon School in Cleveland, Ohio, renamed the Mandel School.

He is married to Hanita Schreiber, former CEO of a United Health HMO in Washington, DC. His son Joel Schreiber is a financial planner in Montclair, NJ. His daughter Rachel Schreiber is the new executive dean of the Parsons School of Design in New York City. His younger daughter Marla Schulman is the president of Schreiber Translations in Rockville, MD, a major provider of technical translations to the U.S. Government which Schreiber founded in 1979. Provided by Wikipedia
1

Explaining the Holocaust : how and why it happened /
by Schreiber, Mordecai,
Published 2015
Call Number: Loading...
Located: Loading...
Available via JSTOR