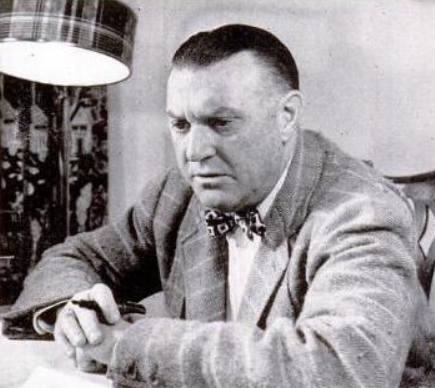 Kenneth Lewis Roberts (December 8, 1885 – July 21, 1957) was an American writer of historical novels. He worked first as a journalist, becoming nationally known for his work with the ''Saturday Evening Post'' from 1919 to 1928, and then as a popular novelist. Born in Kennebunk, Maine, Roberts specialized in regionalist historical fiction, often writing about his native state and its terrain and also about other upper New England states and scenes. For example, the main characters in ''Arundel'' and ''Rabble in Arms'' are from Kennebunkport (then called Arundel), the main character in ''Northwest Passage'' is from Kittery, Maine and has friends in Portsmouth, New Hampshire, and the main character in ''Oliver Wiswell'' is from Milton, Massachusetts. Provided by Wikipedia
Showing 1 - 11 results of 11 for search 'Roberts, Kenneth Lewis, 1885-1957', query time: 0.72s Refine Results
1