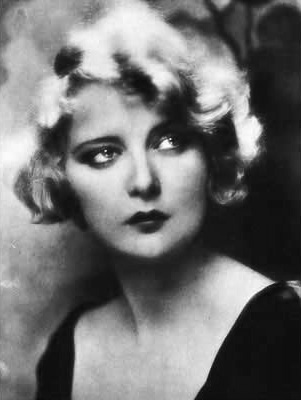 Mary Nolan (born Mariam Imogene Robertson; December 18, 1902 – October 31, 1948) was an American stage and film actress, singer and dancer. She began her career as a Ziegfeld girl in the 1920s performing under the stage name Imogene "Bubbles" Wilson. She was fired from the ''Ziegfeld Follies'' in 1924 for her involvement in a tumultuous, highly publicized affair with comedian Frank Tinney. She left the United States shortly thereafter and began making films in Germany. She appeared in seventeen German films from 1925 to 1927 using the stage name Imogene Robertson.

Upon returning to the United States in 1927, she attempted to break from her previous scandal-ridden past and adopted the stage name Mary Nolan. She was signed to Universal Pictures in 1928 where she found some success in films. By the 1930s, her acting career began to decline due to her drug abuse and reputation for being temperamental. After being bought out of contract with Universal, she was unable to secure film work with any major studios. Nolan spent the remainder of her acting career appearing in roles in low-budget films for independent studios. She made her final film appearance in 1933.

After her film career ended, Nolan appeared in vaudeville and performed in nightclubs and roadhouses around the United States. Her later years were plagued by drug problems and frequent hospitalizations. She returned to Hollywood in 1939 where she spent her remaining years living in obscurity. Nolan died of a barbiturate overdose in 1948 at the age of 45. Provided by Wikipedia
1