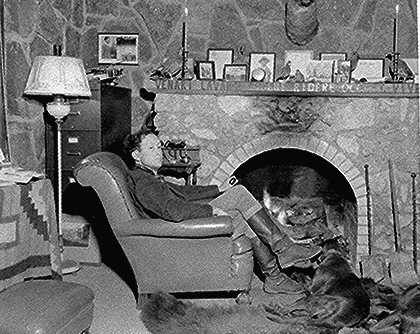 John Joseph Mathews (November 16, 1894 – June 16, 1979) became one of the Osage Nation's most important spokespeople and writers, and served on the Osage Tribal Council during the 1930s. He studied at the University of Oklahoma, Oxford University and the University of Geneva after serving as a flight instructor during World War I.

Mathews' first book was a history, ''Wah'kon-tah: The Osage and The White Man's Road'' (1929), which was selected by the Book-of-the-Month Club as their first by an academic press; it became a bestseller. His book ''The Osages: Children of the Middle Waters'' (1961) was a life work, preserving many collected stories and the oral history of the Osage. He also wrote a biography of E. W. Marland, noted oilman and governor of Oklahoma in the 1930s. Provided by Wikipedia
1