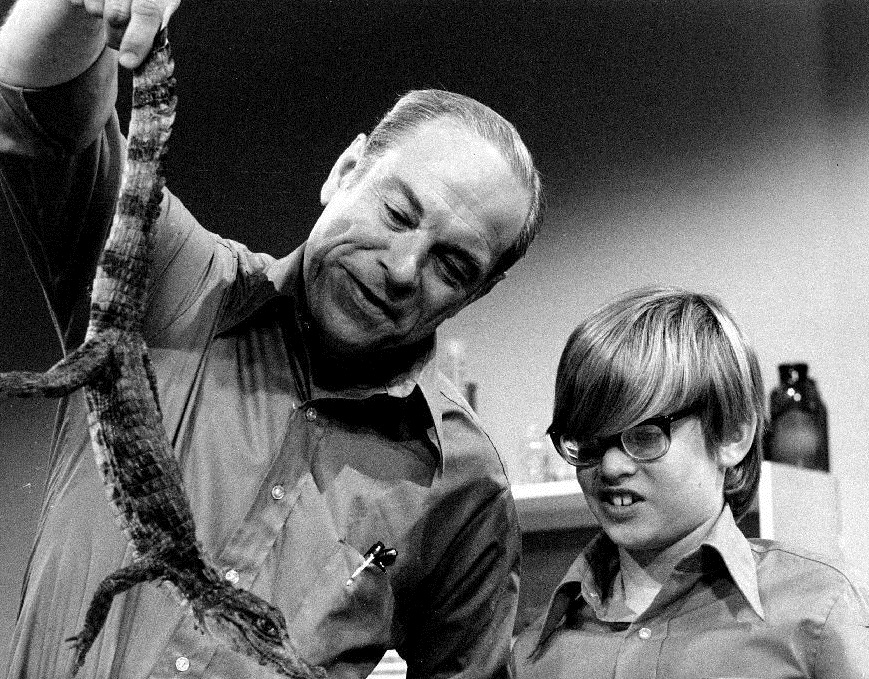 Donald Jeffry Herbert (born Donald Herbert Kemske and better known as Mr. Wizard, July 10, 1917 – June 12, 2007) was the creator and host of ''Watch Mr. Wizard'' (1951–65, 1971–72) and ''Mr. Wizard's World'' (1983–90), which were educational television programs for children devoted to science and technology. He also produced many short video programs about science and authored several popular books about science for children. It was said that no fictional hero was able to rival the popularity and longevity of "the friendly, neighborly scientist". In Herbert's obituary, Bill Nye wrote, "Herbert's techniques and performances helped create the United States' first generation of homegrown rocket scientists just in time to respond to Sputnik. He sent us to the moon. He changed the world." Herbert is credited with turning "a generation of youth" in the 1950s and early 1960s onto "the promise and perils of science". Provided by Wikipedia
Showing 1 - 2 results of 2 for search 'Herbert, Don.', query time: 0.05s Refine Results
1