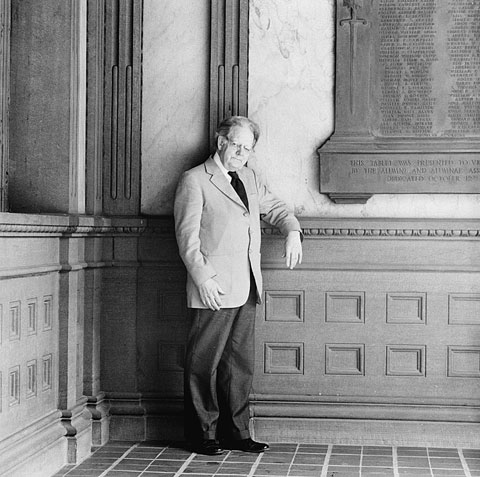 Herman Northrop Frye (July 14, 1912 – January 23, 1991) was a Canadian literary critic and literary theorist, considered one of the most influential of the 20th century.

Frye gained international fame with his first book, ''Fearful Symmetry'' (1947), which led to the reinterpretation of the poetry of William Blake. His lasting reputation rests principally on the theory of literary criticism that he developed in ''Anatomy of Criticism'' (1957), one of the most important works of literary theory published in the twentieth century. The American critic Harold Bloom commented at the time of its publication that ''Anatomy'' established Frye as "the foremost living student of Western literature." Frye's contributions to cultural and social criticism spanned a long career during which he earned widespread recognition and received many honours. Provided by Wikipedia
Showing 1 - 20 results of 46 for search 'Frye, Northrop', query time: 0.06s Refine Results
Search Tools: Get RSS Feed – Email this Search – Save Search