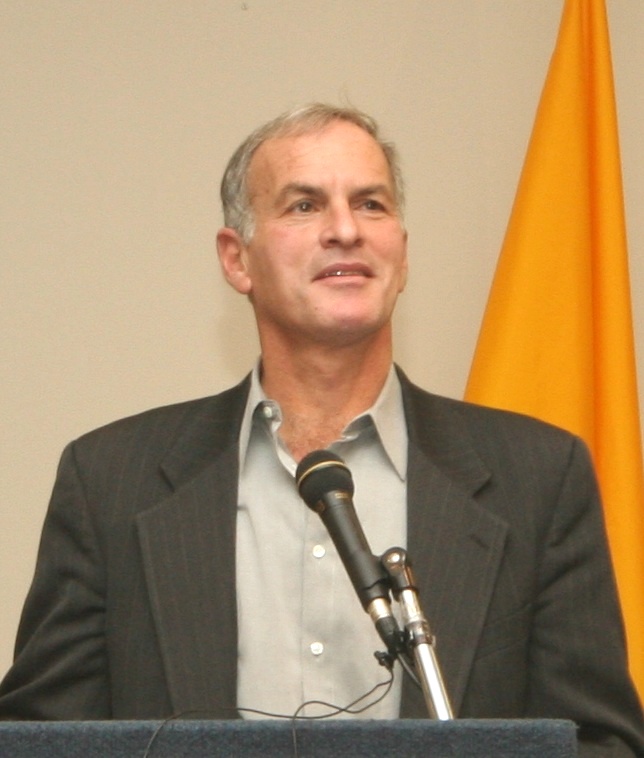 Norman Gary Finkelstein (; born December 8, 1953) is an American political scientist, activist, former professor, and author. His primary fields of research are the Israeli–Palestinian conflict and the politics of the Holocaust. He is a graduate of Binghamton University and received his Ph.D. in political science at Princeton University. He has held faculty positions at Brooklyn College, Rutgers University, Hunter College, New York University, and DePaul University, where he was an assistant professor from 2001 to 2007.

In 2007, after a highly publicized feud between Finkelstein and Alan Dershowitz, an academic opponent, Finkelstein was denied tenure at DePaul. He was placed on administrative leave for the 2007–08 academic year, and on September 5, 2007, he announced his resignation after coming to a settlement with the university on largely undisclosed terms. In an official statement, Finkelstein said that as he had more than fulfilled the requirements for tenure, and the department and college-level committees had voted to tenure him, he concluded that the decision not to give tenure was due to external pressures that had affected the process; in the same statement, DePaul defended the decision to deny Finkelstein tenure and said that outside influence played no role in the decision, and described Finkelstein as "a prolific scholar and outstanding teacher." In 2008, he was denied entry to Israel and banned from entering the country for ten years. Provided by Wikipedia
Showing 1 - 3 results of 3 for search 'Finkelstein, Norman, 1954-', query time: 0.05s Refine Results
Search Tools: Get RSS Feed – Email this Search – Save Search