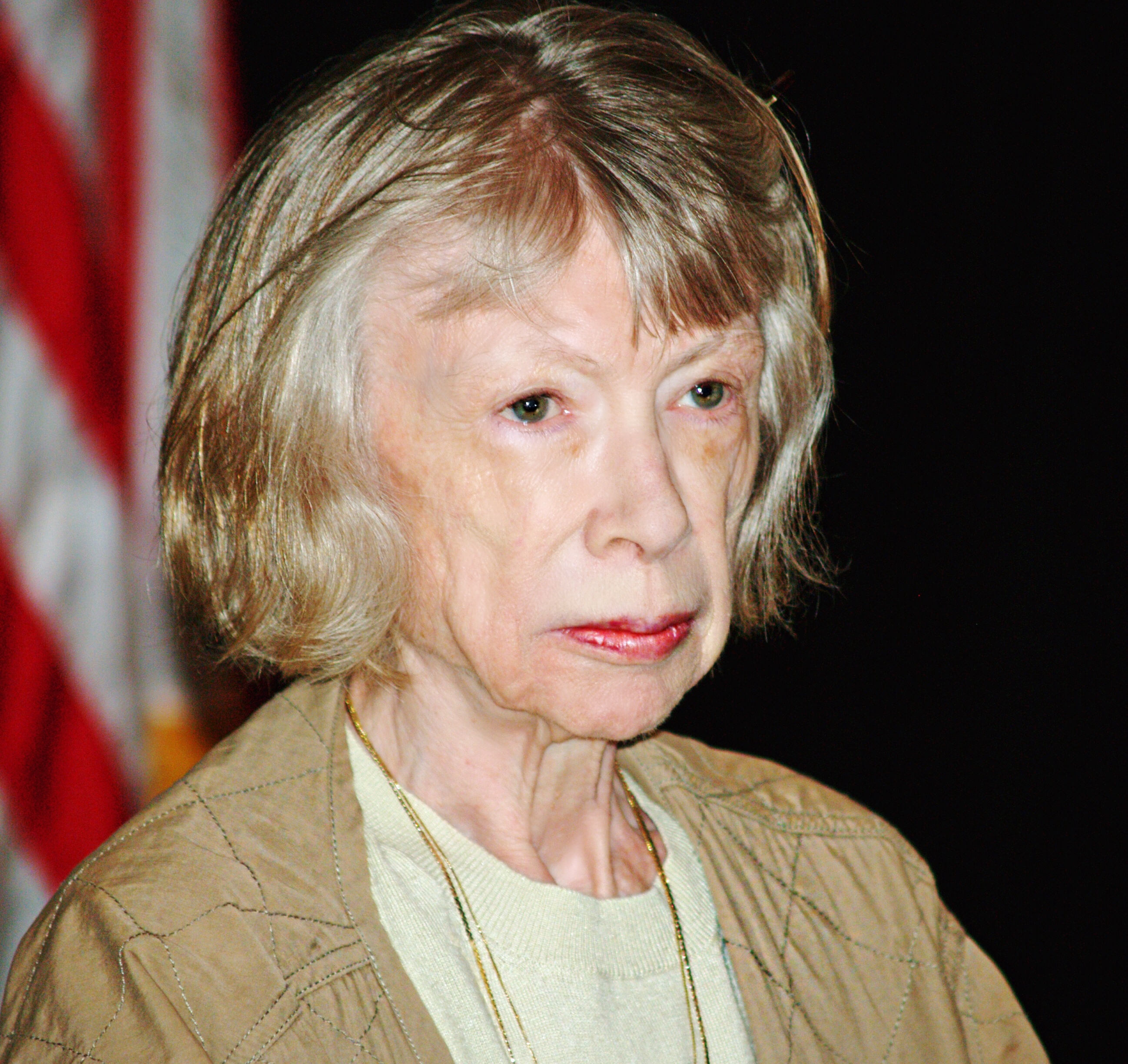 Joan Didion (; born December 5, 1934) is an American writer who launched her career in the 1960s after winning an essay contest sponsored by ''Vogue'' magazine. Didion's writing during the 1960s through the late 1970s engaged audiences in the realities of the counterculture of the 1960s and the Hollywood lifestyle. Her political writing often concentrated on the subtext of political and social rhetoric. In 1991, she wrote the earliest mainstream media article to suggest the Central Park Five had been wrongfully convicted. In 2005, she won the National Book Award for Nonfiction and was a finalist for both the National Book Critics Circle Award and the Pulitzer Prize for Biography/Autobiography for ''The Year of Magical Thinking''. She later adapted the book into a play, which premiered on Broadway in 2007. In 2017, Didion was profiled in the Netflix documentary ''The Center Will Not Hold'', directed by her nephew Griffin Dunne. Provided by Wikipedia
1