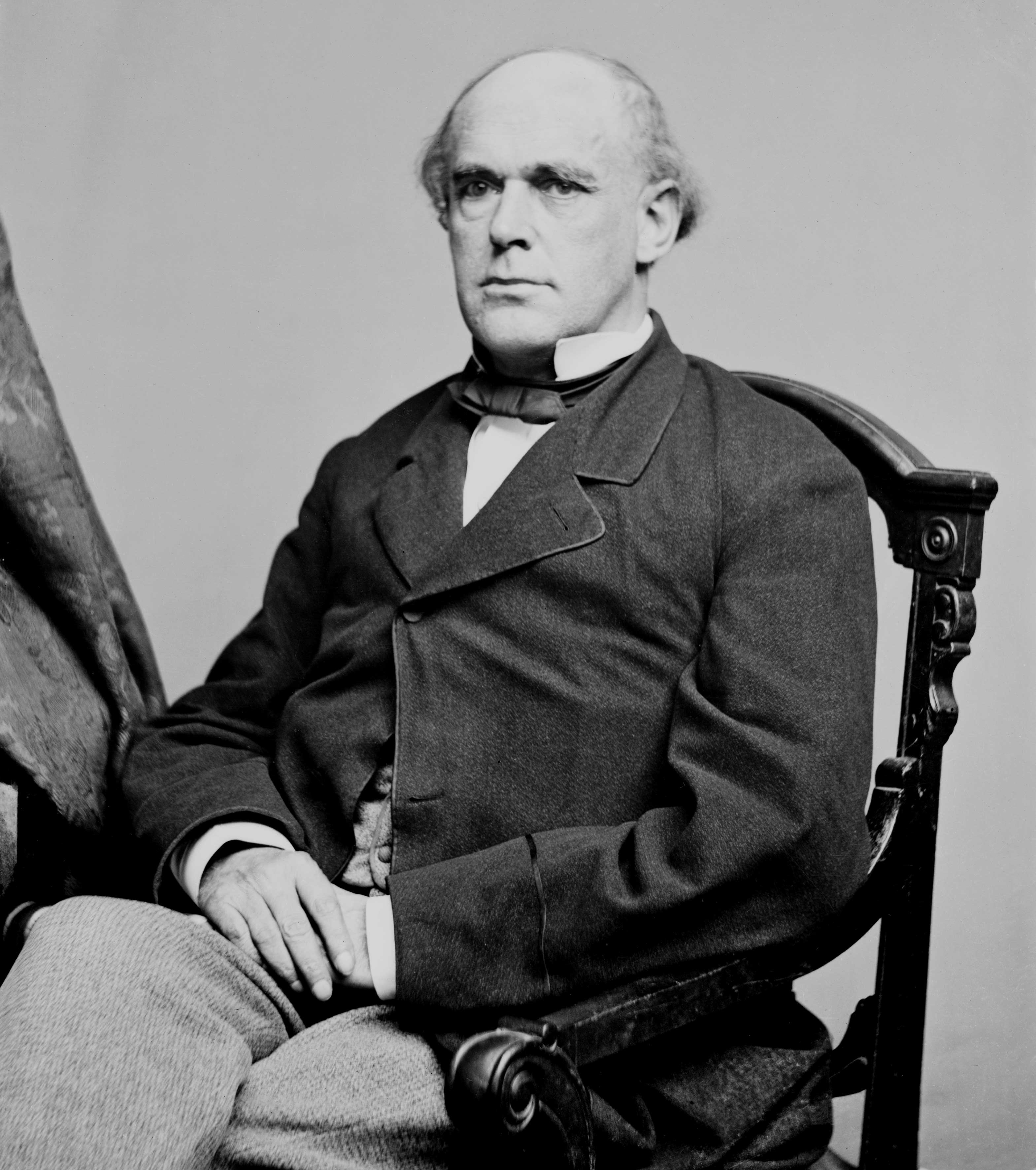 Born in Cornish, New Hampshire, Chase studied law under Attorney General William Wirt before establishing a legal practice in Cincinnati. He became an anti-slavery activist and frequently defended fugitive slaves in court. Chase left the Whig Party in 1841 to become the leader of Ohio's Liberty Party. In 1848, he helped establish the Free Soil Party and recruited former President Martin Van Buren to serve as the party's presidential nominee. Chase won election to the Senate the following year, and he opposed the Compromise of 1850 and the Kansas–Nebraska Act. In the aftermath of the Kansas–Nebraska Act, Chase helped establish the Republican Party, which opposed the extension of slavery into the territories. After leaving the Senate, Chase served as the Governor of Ohio from 1856 to 1860.

Chase sought the Republican nomination for president in the 1860 presidential election, but the party chose Abraham Lincoln at its National Convention. After Lincoln won the election, he asked Chase to serve as Secretary of the Treasury. Chase served in that position from 1861 to 1864, working hard to ensure the Union was well-financed during the Civil War. Chase resigned from the Cabinet in June 1864, but retained support among the Radical Republicans. Partly to appease the Radical Republicans, Lincoln nominated Chase to fill the Supreme Court vacancy that arose following Chief Justice Roger Taney's death.

Chase served as Chief Justice from 1864 to his death in 1873. He presided over the Senate trial of President Andrew Johnson during the impeachment proceedings of 1868. Despite his service on the court, Chase continued to pursue the presidency. He unsuccessfully sought the Democratic presidential nomination in 1868 and the Liberal Republican nomination in 1872. Provided by Wikipedia
1