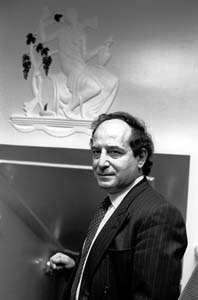 Roberto Calasso (30 May 1941 – 28 July 2021) was an Italian writer and publisher. Apart from his mother tongue, Calasso was fluent in French, English, Spanish, German, Latin and ancient Greek. He also studied Sanskrit. He has been called "a literary institution of one". The fundamental thematic concept of his ''œuvre'' is the relationship between myth and the emergence of modern consciousness. Provided by Wikipedia
Showing 1 - 2 results of 2 for search 'Calasso, Roberto', query time: 0.14s Refine Results
Search Tools: Get RSS Feed — Email this Search — Save Search