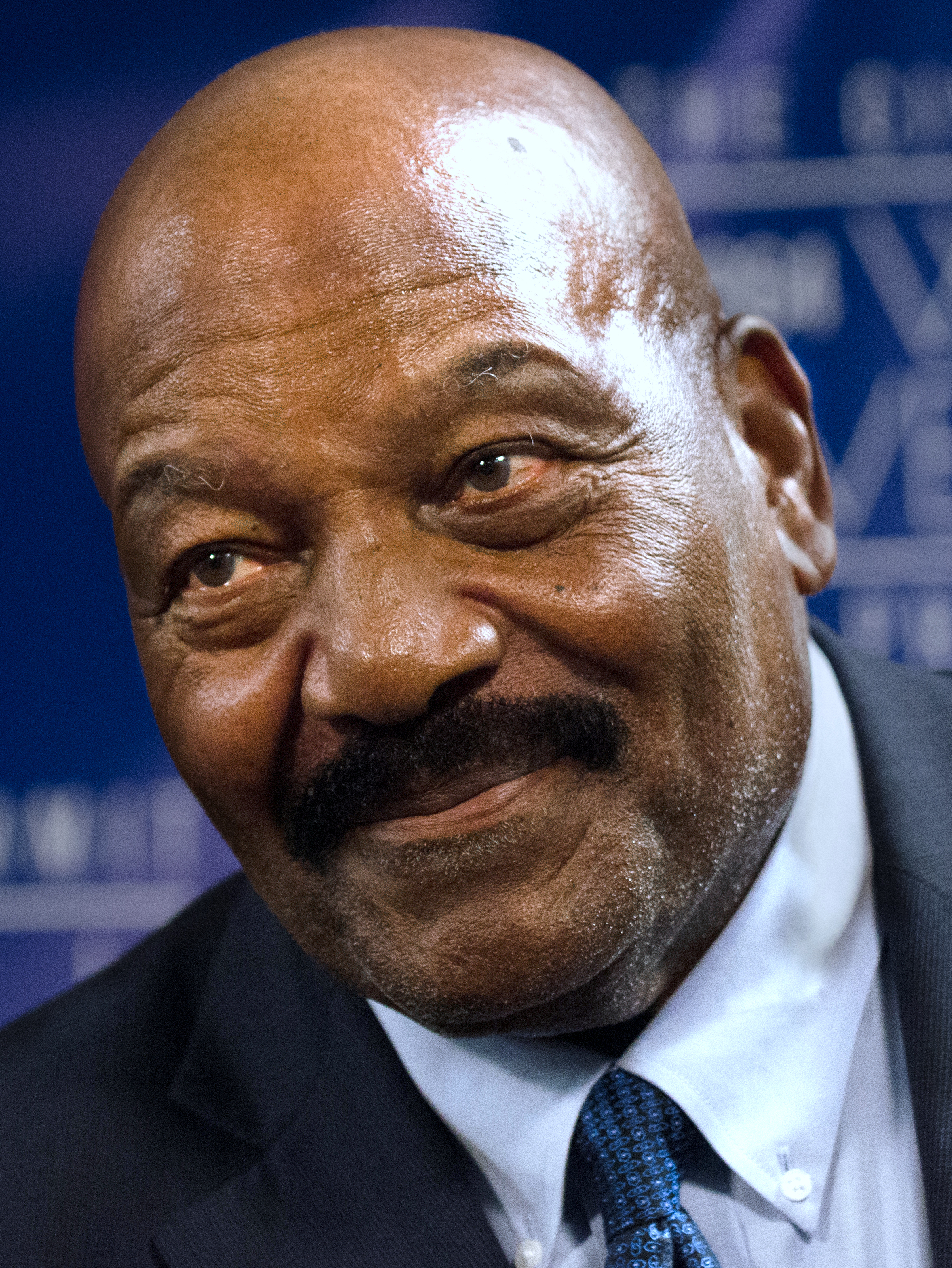 James Nathaniel Brown (born February 17, 1936) is an American former professional football player, sports analyst and actor. He was a fullback for the Cleveland Browns of the National Football League (NFL) from 1957 through 1965. Considered to be the greatest running back of all time, as well as one of the greatest players in NFL history, Brown was a Pro Bowl invitee every season he was in the league, was recognized as the AP NFL Most Valuable Player three times, and won an NFL championship with the Browns in 1964. He led the league in rushing yards in eight out of his nine seasons, and by the time he retired, he had shattered most major rushing records. In 2002, he was named by ''The Sporting News'' as the greatest professional football player ever.

Brown earned unanimous All-America honors playing college football at Syracuse University, where he was an all-around player for the Syracuse Orangemen football team. He also excelled in basketball, track and field, and lacrosse. The football team later retired his number 44 jersey. He was inducted into the College Football Hall of Fame in 1995.

In his professional career, Brown carried the ball 2,359 times for 12,312 rushing yards and 106 touchdowns, which were all records when he retired. He averaged 104.3 rushing yards per game, and is the only player in NFL history to average over 100 rushing yards per game for his career. His 5.2 yards per rush is second-best among running backs. Brown was enshrined in the Pro Football Hall of Fame in 1971. He was named to the NFL 50th Anniversary All-Time Team, the NFL 75th Anniversary All-Time Team, and the NFL 100th Anniversary All-Time Team, comprising the best players in NFL history. Brown was honored at the 2020 College Football Playoff National Championship as the greatest college football player of all time. His number 32 jersey is retired by the Browns. Shortly before the end of his football career, Brown became an actor, and had several leading roles throughout the 1970s. Provided by Wikipedia
1